Christmas Markets and events around Chichester 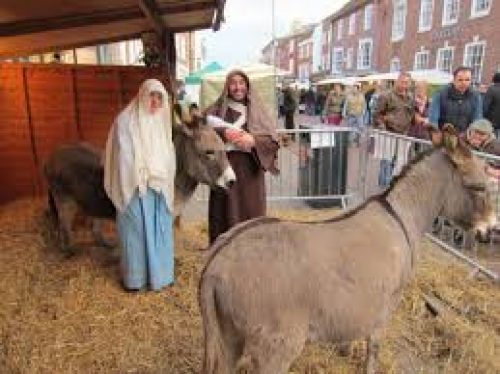 Come to Chichester for the Christmas Markets and events for early shopping, fun and get in the festive mood…

Many of the local attractions have special Christmas markets and events – some for fun, some to raise money, others just for shopping, browsing and festive cheer.

For something really unique on 20th October is the annual Sloe Fair held in the Northgate Market thanks to a decree by Henry 1 in 1106!

The fair was first held in 1107 or 1108 after King Henry I of the Kingdom of England granted Ralph de Luffa, Bishop of Chichester, the right to hold a fair for a period of eight days from a date of de Luffa’s choosing. The fair was originally chosen to coincide with the Feast of Saint Faith the Virgin on 6 October, a Gallo-Romano saint with a strong following in the area, but in 1207 a license was awarded for the fair to be held several days later, on the Vigil of the Feast of the Holy Trinity and the eight days thereafter. It is, however, unclear whether the date of the fair was actually changed, and according to records held in the library of Chichester Cathedral, as late as the 18th Century the Court of Piepowders that was held on the occasion of the fair took place between the Feast of Saint Faith and the Eve of Saint Edward the Confessor, on 12 October. The name “Sloe Fair” is believed to be a reference to a sloe tree that grew on the original site of the fair, in a field just outside Chichester’s North Gate.

26-27th November Weald and Downland Museum has a Christmas Market at Singleton.

The Big Christmas Lights switch on happens in Chichester City on the 24th November 2016.

The fortnightly Farmer’s Markets will be packed with seasonal goodies and the stalls are along North and East Street in the City. They are on the 1st and 3rd Fridays of the month. Mary and Joseph are often in attendance at this time of year, along with donkeys! Sometimes reindeer appear and other animals too! 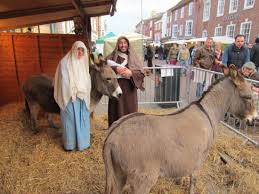 For other ideas of what to do when you visit for a weekend break or a longer stay see our blog: https://chichesterselfcatering.co.uk/blog-news/

If you want to stay for a weekend – call Gayle to check on availability. Don’t forget that we have various sized accommodation options, are dog-friendly and open all year round!