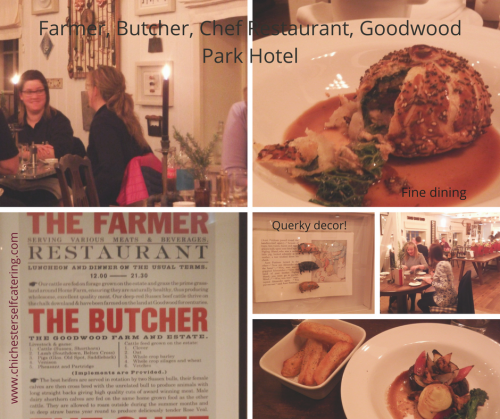 Lovely setting next to the hotel but I was left disappointed…for a fine dining restaurant outside of Chichester City.

“I had high expectations for a lovely evening with my two friends.
It started well by being given the table by the open fire – although the fire was a rather sad affair! There was plenty of space between the tables.

Menu We told them about the need for gluten-free options and dairy-free when we booked and were told about what they could do before ordering – but there weren’t many options (2 basically) and non of the desserts on the menu were suitable; even though we had booked a table 3 weeks in advance. The desserts were also not to the rest of the ladies tastes either! Upon asking they could only offer 2 gluten / dairy-free dessert options – basil or pear sorbets only. I thought these should have been on the menu as all the other desserts were quite “heavy” which after a mainly meaty meal was asking for a heart attack.

Definately an option for a vegetarian or vegan! This is a meat-heavy option – partly given away by its ethos but the Estate also produces a wide range of other produce so its not impossible to source, or from within a 10mile radius. 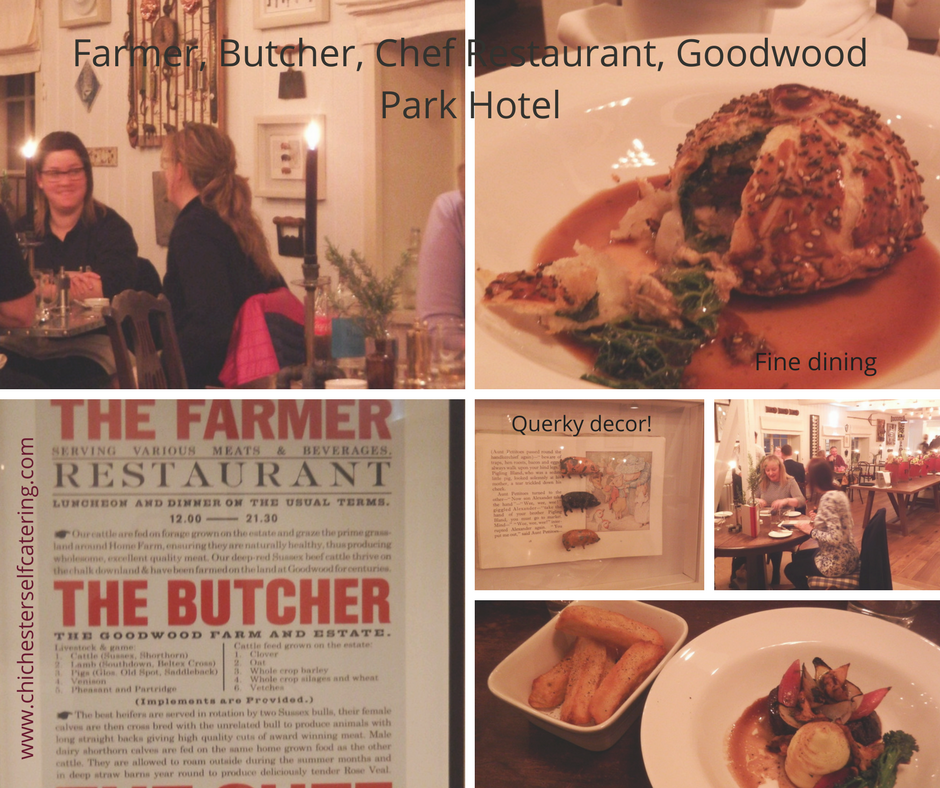 The main meals were lovely – beautifully tender meat and nicely presented but to pay £4 per portion choice of extra vegetables seemed rather cheeky.

Service: This was good initially (prompt and polite) but once they realised we were not going to be ordering anything else it was very slow plus we were charged over £9 service charge – on the bill, and the whole thing plus VAT! The service was sometimes a bit intrusive. It didn’t warrant the cost we felt.

Decor / ambience – “interesting”! Shabby industrial chic was how we described it – nothing quite matched or worked together, especially on the table itself. Teatowel serviettes were different and large sprigs of rosemary in the bottles!
We appreciated that this used to be a coach house and has been sympathetically “modernised” but waiters in smart dress code and waitresses in jeans didn’t really work. Sorry!”

Not sure I would rush back except the meat dishes were very nice and unusual and tasty. Small portions, but well cooked.

© Chichester Self Catering 2017. All Rights Reserved.