The highs of Hayling Island 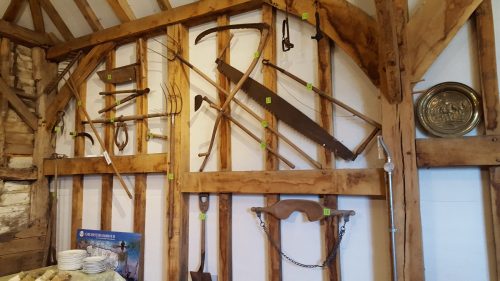 Hayling Island is positioned between Chichester and Langstone Harbours on the South Coast with its southern shore on The Solent facing the Isle of Wight. It has one way on and off – the road bridge which comes in at Havant (almost directly off the A27).

Anchored to the mainland by a single road bridge, Hayling Island is adrift in a not too distant past. It is an easy get away. It starts at Langstone, one of Hampshire’s most iconic waterfront views with a couple of good pubs, The Ship Inn and The Royal Oak, and what remains of an 18th century windmill along the harbourside. You can just make out the old Wadeway causeway, now replaced by Langstone Bridge, sited where Langstone Harbour meets Chichester Harbour.

The island covers only ten square miles and halfway along its four-mile length it is almost cut in two at the point where Mill Rythe, a narrow inlet, comes in on the east side from Chichester Harbour. At this point the island is only half a mile across. Almost all the population of the island live south of this narrow ‘waist’.

North of this line the villages of Northney, with its thatched cottages and meandering country lanes, and Stoke are the only settlements of any size.

The Northney Visitor Centre, a restored telephone box by the village hall, has a wealth of information.

A commemorative stone and plaque near the Langstone Hotel honours the work Commander Harold Wilkinson Goulding D.S.O. R.N.R. and his units carried out during WW2. Another plaque is placed on the house Harold lived in during WW2, Moss Rose Cottage, St. Peter’s Road, Northney.

Most visitors head down the length of the island to the beach: four miles of south-facing shingle lined by beach huts and a swathe of grassland. It attracts families wanting to play (or ride on Hayling Seaside Railway – a narrow gauge train opened in the summer of 2003 running from Beachlands funfair to Eastoke Corner which in its first season of operation had attracted over 20,000 passengers), couples enjoying a stroll and those in search of activity and excitement.

Hayling is popular with watersports enthusiasts, and recognised as the birthplace of windsurfing, as local lad Peter Chilvers created the first sailboard back in 1958.

AndyBiggs Watersports in West Town hires out stand-up paddleboards (SUP) and provides free demonstrations. SUP and windsurfing tuition is also available with Phil Richards and Danielle Lucas of GetWindsurfing and GetSuping (getwindsurfing.com and getsuping.com), while windsurfing courses are available with Simon Bornhoft of Wind Wise (windwise.net).

Madhatters Tearoom on Seafront Road has bunting, cake stands and is popular for breakfasts, light lunches and cream teas. However, rural Hayling reveals some hidden gems. There’s Meadow Farm Nursery tea room, with good lunchtime snacks and lovely cakes served in a delightful setting among the plants. Northney Farm Tea Rooms, on a working farm, is known for its homemade ice cream. This is a quiet corner of the Island where you can sit and look out towards Chichester Harbour. IT is also a good spot as a break if you are walking and welcomes dogs. A good menu encompasses breakfasts, lunches and cream teas with freshly-baked scones. Sunday breakfasts can be so popular there are queues out the door. 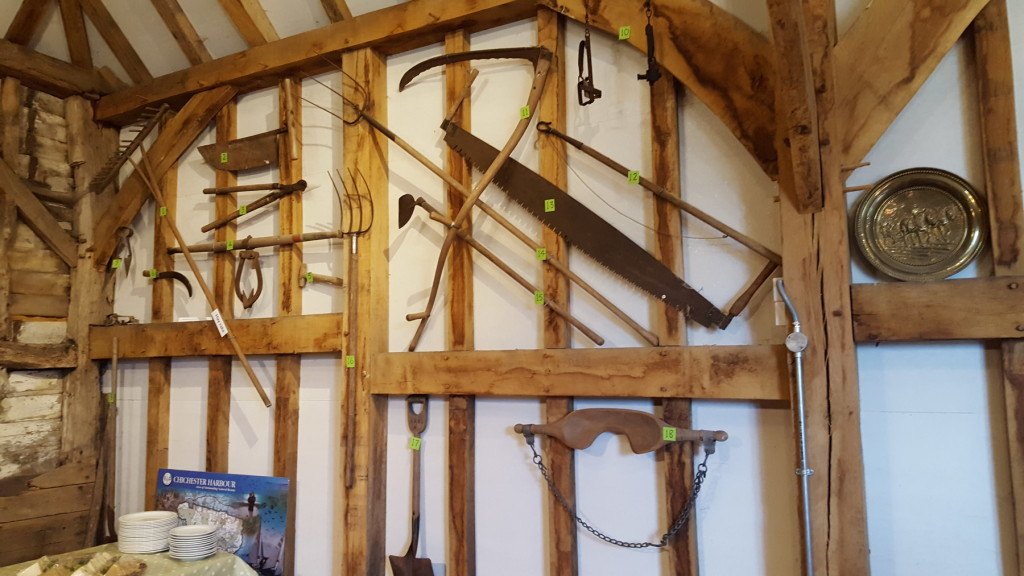 The old lifeboat station, right on the shore, is now a bar and restaurant called Inn on the Beach with views down the coast and across to the Isle of Wight. It has undergone a refurb and is an ideal spot to watch the sunset on a late summer evening.

At the Island’s south-west tip is The Ferryboat Inn with an outside terrace overlooking Langstone Harbour, another one well positioned to catch the evening sun. This friendly local offers a varied menu including burgers, pies and ribs. Others include Jasper’s, a well-established brasserie, and a highly recommended Thai restaurant, Niyom Thai. There’s also gastropub The Maypole Inn and Ralph’s Wine, Cheese and Tapas Bar with Greek, Italian and Spanish influences.

Footpaths criss-cross the Island, although the most popular is the Hayling Billy Coastal Path. This linear path along the bed of the old railway line runs up the western edge of the Island with views over Langstone Harbour. As it’s flat, it’s easy for cyclists and suitable for children. It’s rarely busy and leads to the old station, now the Station Theatre (run by Hayling Island Amateur Dramatic Society). 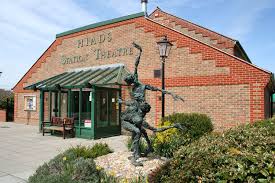 The trail is also part of a 14-mile circular route around Langstone Harbour which involves taking the Hayling Ferry to Eastney. The Ferry takes passengers and bikes with regular services from early ‘til late-ish seven days a week. This important service recently celebrated its first anniversary, having been acquired and reinstated by Baker Trayte.

Golfers will be delighted by a choice of courses. Hayling Golf Club, established in 1883, is a links course overlooking the Solent. Tournerbury Golf Centre has a nine-hole golf course, floodlit driving range and teaching academy. Beachlands on Hayling seafront is a pay and play, pitch and putt nine-hole par 3 course that is good value, with sea breezes providing an extra challenge.

For something totally different:

Popular Sinah Warren Coastal Hotel is off Ferry Road and a stroll away from the beach. Some of the bedrooms have sea views while facilities include a heated outdoor pool in attractive gardens and a leisure centre with indoor pool, steam room, sauna and fitness studio. This is one of the Warren Leisure Hotels with various activities available, such as archery, bowls, croquet and tennis, plus an entertainment programme which features the likes of Jane McDonald.

He joined Hayling Island Lifeboat Station six years ago as shore crew. “There are three teams on watch one week in three, from midnight Tuesday, until the following Tuesday.

They are on call 24 hours a day, seven days a week, although it doesn’t quite work out like that, because so many work off the Island during the day, Monday to Friday, so it falls to whoever is available; but we’ve never not managed to launch yet.

“It is a huge commitment, and you need to live not only on the Island, but in this quarter, otherwise you can’t get here in ten minutes. In terms of watersports, Hayling is hugely popular and a number of our clients come from that population. Hayling Sailing Club is a nationally recognised centre of excellence [one of only four coastal RYA centres of excellence in the country]. We rescued Ben Ainslie when he was a teenager, although he would probably say he didn’t need rescuing. 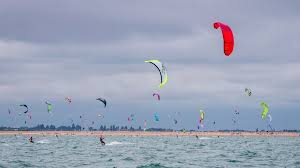 “The population on Hayling is around 20,000 and probably doubles on a Sunday in summer. There are 70 “shouts” a year, although we had a busy June with 13 in three days. A recent rescue was a paddle boarder, reported as clinging to a yellow buoy and waving for help. We found the man, only to be told he was doing his Yoga exercises!

“The crew are a wonderful family of people of all shapes and sizes, some with no knowledge of the sea. The benefits are personal satisfaction when you rescue someone from a dire situation and learning charts, navigation, the whole shebang.”

The team are volunteers and the service is funded by donations.

For lots of useful information and more ideas about the island please see: https://www.hayling.co.uk/

All Posts »
PrevPreviousAutumn delights are often free thanks to Nature.
NextSpecial Hen Party Cocktails which are simple to makeNext